You hear from some evangelical circles that all sins are equal in the eyes of God. While all sin is wrong I find that that statement smacks of moral relativism. It makes it seem like God views stealing a candy bar and murder the same way. While both are bad, one is more severe than others.

I will discuss different kinds of sins in my forthcoming blogs on the seven deadly sins. But I think that this issue needed to be addressed in it’s own blog before I got started.

Yes Romans 6:23 says that “the wages of sin is death”. The death of both body and soul. Every human being has sinned wether big sins or small sins since the beginning of time.

Paul said in Romans 3 22 This righteousness is given through faith in[a] Jesus Christ to all who believe. There is no difference between Jew and Gentile, 23 for all have sinned and fall short of the glory of God, 24 and all are justified freely by his grace through the redemption that came by Christ Jesus.

I am an evangelical Christian and I do believe that we need the Holy Spirit inside us to help heal us. It is like a spiritual antibiotic cleansing and healing us. Without Jesus and the gift he gave us, we won’t heal and we will continue to hurt others and ourselves and hurt God. Our sins pain him. Like any father who sees a child who has gone down the wrong path and knows that the child has to come around, he can’t force her or him. But he keeps reaching out for that child hoping that he or she will come home. 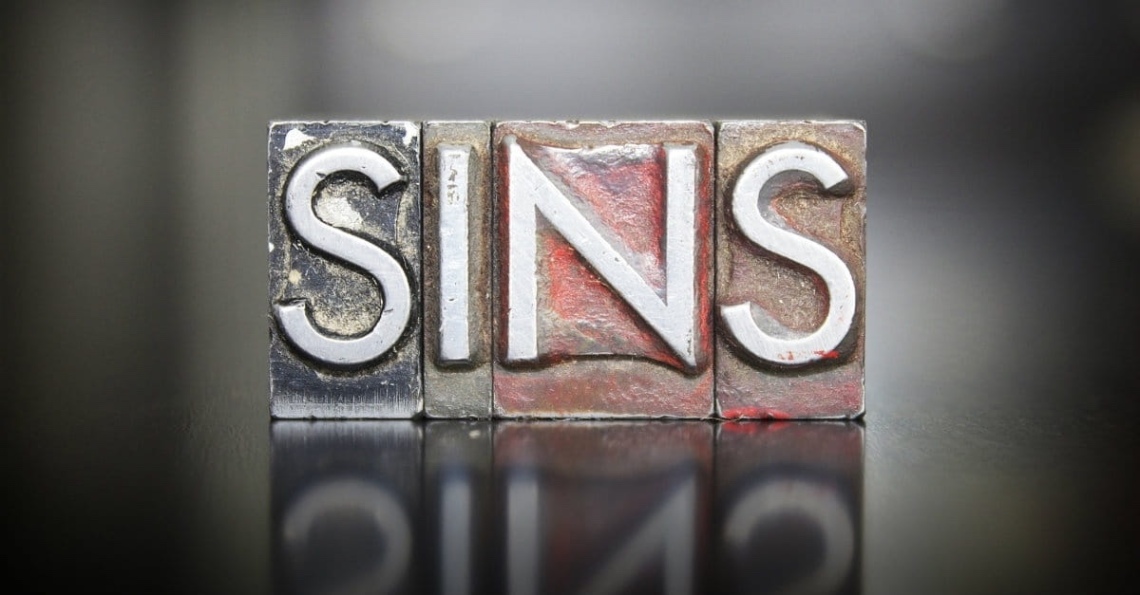 Sins are not a list of rights and wrongs and dos and do nots. Sins are actions or inactions done for one’s own benefit. That being said not all sins are equal. There are small sins with a small effect like stealing a candy bar to a large sin that has a worse affect like murder.

Sins are like bad fruit and there are those that pop up time and again from Proverbs 6 There are six things the Lord hates,

seven that are detestable to him:

a heart that devises wicked schemes,

feet that are quick to rush into evil,

a false witness who pours out lies

and a person who stirs up conflict in the community

These sins have a common theme. This is wickedness. This is depravity. These scriptures also describe a certain president of the United States unfortunately.

While sins have different intensity with differing outcomes and pain, there is also a difference between individual sins and corporate sins. Individual sins are sins that just affect you and your relationship with God or with just a few other people. Looking at pornography would be considered an individual sin. It affects one’s relationship with God but also affects those involved in the industry and their loved ones. Putting profit above regulations that would protect the health and lives of others is a corporate sin because that is not just a sin that has a mass affect on many people but also it is a sin that is not committed by just one person. This sin is committed by the CEO and Board of operations of that company that decide to cut back on the regulations. It is committed by the lobbyists who buy our politicians. And it is committed by the politicians who pass laws that allow the sin to continue.

While the religious right talk about sexual sins and individual sins. They rarely ever talk about systematic corporate sin and when a Christian like me brings it up we are called “disciples of the social justice heresy” at best and a Marxist at worse.

While not to lesson the affect and pain of individual sins, I believe that it is corporate sin that God hates the most. Read the Prophets. Read Isaiah 1.It is God decrying apostate Israel for systematic corporate sinning that benefited the wealthy elite but hurt the poor. The sad thing is if you change the language and a few names and Isaiah 1 could describe modern day America.

My next blog will be the first of my blogs on the Seven Deadly Sins. Until then God Bless You and keep on fighting the Kingdom Cause.

View all posts by 2timothytrump

This is a text widget, which allows you to add text or HTML to your sidebar. You can use them to display text, links, images, HTML, or a combination of these. Edit them in the Widget section of the Customizer.
Loading Comments...
%d bloggers like this: